The Kosciuszko Foundation is dedicated to promote educational and cultural exchanges between the United States and Poland and to increase American understanding of Polish culture and history.

Founded in 1925, on the eve of the 150th anniversary of Thaddeus Kosciuszko's enlistment in the American revolutionary cause, the Foundation is a national not-for-profit, nonpartisan, and nonsectarian organization.

The Kosciuszko Foundation is a membership organization, which is supported by contributions from foundations, corporations, and individuals who share the Foundation's mission of fostering the relations and understanding between the United States and Poland. 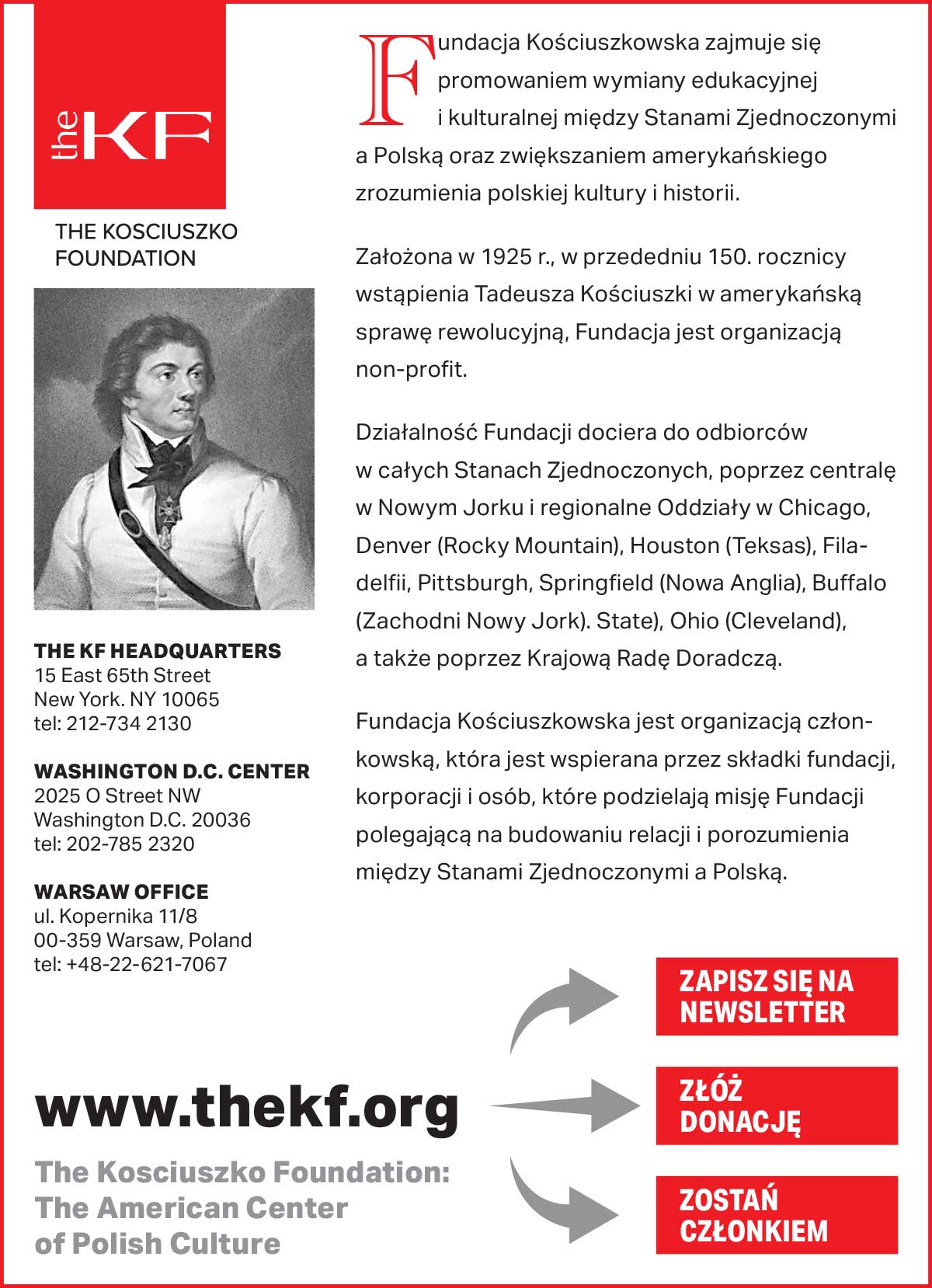 Using this offer, please refer to the Polish Pages

Copyright © 1999-2023 POLONIJNA KSIĄŻKA, a Polish Pages, Inc. company. All rights reserved. While we have made every effort to ensure the accuracy and clarity of the information presented in this catalog, we cannot be held liable for any errors or inconsistencies. Unauthorized duplication of any part of this catalog is prohibited. These materials may not be published, broadcast, rewritten, or redistributed. The publishers are not responsible for the content of published advertisements, articles and comments. Opinions contained in articles express the opinion of the authors and do not have to be in accordance with the position of the publishers. All advertisements designed by POLISH PAGES, INC. are copyrighted and can only be used in POLISH PAGES, INC. publications.