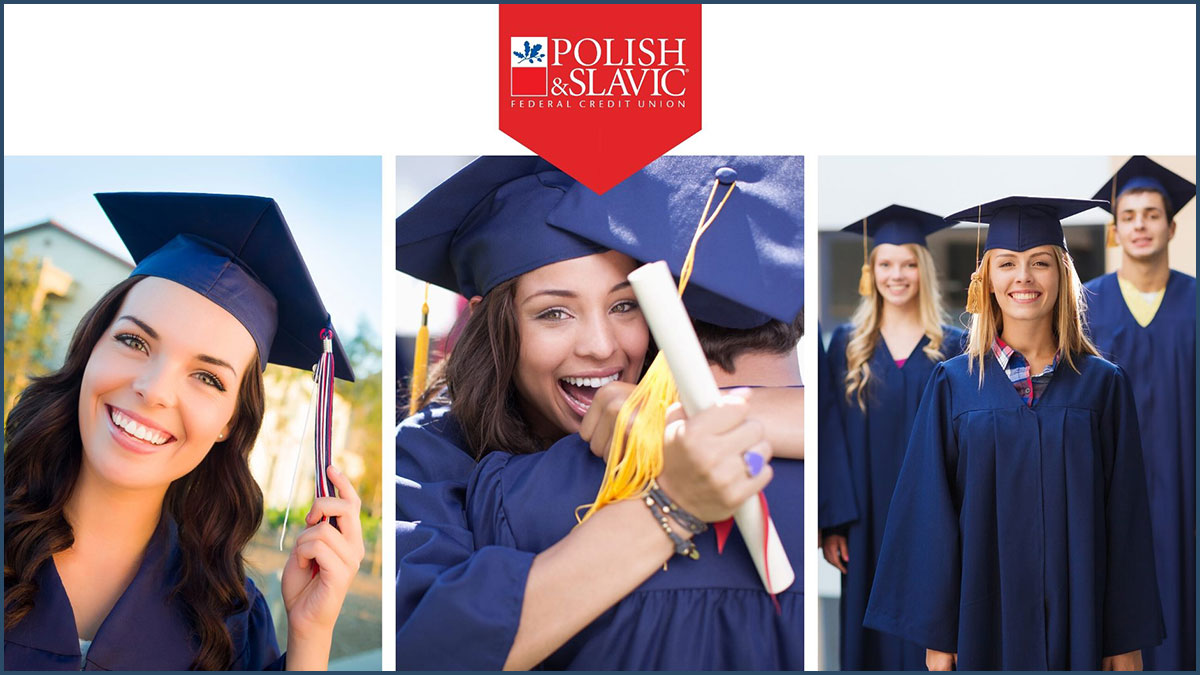 NEW YORK, NY (June 19, 2020) – The coronavirus pandemic may have put a halt to the school year, but it did not prevent the Polish & Slavic Federal Credit Union from honoring nearly 400 high school and college students with approximately $500,000 in scholarships for the 20th consecutive year.

A total of 399 students shared $480,000 awarded by the nation’s largest ethnic credit union as part of its annual “PSFCU Scholarship Program.” Started in 2001, the scholarship program has awarded more than $5.5 million to nearly 5,000 students to help them pursue a degree in higher education. This year’s winners included 283 high school graduates and 116 students currently enrolled in college.

Those honored are credit union members, hailing mainly from the Chicago area (144 winners), New Jersey (129), and New York (110). Eleven winners reside in Pennsylvania, three from Connecticut, and one each from Indiana and California.

Students were granted scholarship amounts ranging from $1,000 to $5,000 each. Five recipients this year received the amount of $5,000 each. In addition, 13 high school graduates honored by PSFCU were also awarded scholarships by the New York Credit Union Association (NYCUA), a record number for the program over the past 20 years.

- Everyone involved in the Scholarship Program displayed their full professionalism during these difficult and frightening times of the COVID-19 pandemic. I wish to congratulate all the winners, as they represent the next generation of leaders in the Polish-American community. Clearly, these current hard times prove that their leadership will be needed in the future - said Dr. Iwona Korga, chairwoman of the Scholarship Committee of the PSFCU board of directors.

Due to the pandemic, the PSFCU Scholarship Committee was forced to cancel its traditional scholarship ceremonies in New York, Chicago and New Jersey. In lieu of an event honoring the students, PSFCU made direct deposits to the winners’ PSFCU accounts. The pandemic also prevented the Scholarship Committee from organizing its annual 10-day study tour for 10 PSFCU student-members. The program, which was postponed until 2021, is run under the auspices of Polish President Andrzej Duda, designed to enlighten and educate the young visitors to the opportunities that abound in Poland.

- The fact that the 20th edition of our scholarship program was carried out so efficiently and without delay despite the damaging effects of the pandemic, the near-complete freeze of the economy, and the dramatic disruption to our daily routine only proves that PSFCU is a highly professional and modern financial institution, able to function at the highest levels under all conditions - said PSFCU President/CEO Bogdan Chmielewski.

ABOUT PSFCU: Founded in Brooklyn, NY in 1976, PSFCU is the largest ethnic credit union in the U.S. with more than $2 billion in assets. It offers carefully tailored financial products and services to its 135,000 members and their families throughout the country, mainly through its 20 branches in New York, New Jersey, Illinois and Pennslyvania. Long known for its commitment to the communities it serves, the credit union proudly sponsors and supports countless Polish-American organizations, schools, churches and cultural events that all help make local neighborhoods succeed and thrive.